Reset to standard size
Font size options
Increase or decrease the font size for this website by clicking on the 'A's.

Reset to default contrast
Contrast options
Choose a color combination to give the most comfortable contrast.

Celebrating 50 Years of Serving the Community

The Miami-Dade Public Library System is celebrating 50 years of providing library resources and services to the community. Our yearlong celebration beginning November 1 will include a variety of special exhibitions, events, activities, recommended reads and more that highlight the Library's history and evolution over the decades to serve the needs of Miami-Dade County residents.

Message from the Director

On November 1, the Miami-Dade Public Library System marked a milestone – 50 years of serving the community. It’s a significant anniversary we are commemorating with a yearlong celebration, and we have lots of golden moments to celebrate thanks to the continued support of you, our patrons, and our dedicated team of library staff.

Throughout the past half century, residents of Miami-Dade County have seen their library system grow into one of the largest public library systems in the United States.

As we celebrate our 50th anniversary, we will continue to provide new, innovative, and convenient services to the community that promote lifelong learning and literacy, such as the Libraries @ Your Door Home Delivery Service, Tablet Lending Program, Homework Help & Tutoring Program, Adult Learning Academy and Drive-up Wi-Fi. We also encourage you to explore our collection of online content – eBooks, eAudiobooks, movies, music and local and national publications like The Miami Herald, The New York Times, The Wall Street Journal, Consumer Reports, a wide variety of digital resources, and more.

We invite you to join us during our yearlong 50th anniversary celebration for special programs, events and exhibits. You can find more information at www.mdpls.org/50years, plus follow us on social media to stay up to date on the latest library news and share your library story using the hashtag #MDPLS50.

And don’t forget, all these great services are available with a library card. Don’t have one? Signing up is quick and easy. You can get an eCard or a physical card where you have your choice of designs, including our special 50th anniversary library card.

We look forward to serving you for many years to come.

Thank you for being a library user.

A Historical Overview of the Miami-Dade Public Library System with Dr. Paul George

HistoryMiami Museum, a Smithsonian Affiliate located in downtown Miami, safeguards and shares Miami stories to foster learning, inspire a sense of place and cultivate an engaged community. Through exhibitions, artistic endeavors, city tours, education, research, collections and publications, HistoryMiami Museum works to help everyone understand the importance of the past in shaping Miami’s future. HistoryMiami Museum connects people by telling the stories of Miami’s communities, individuals, places and events. Visit www.historymiami.org or follow along on social @HistoryMiami to learn more.

Celebrate the Library Through Books

Our Favorite YA Books What makes the Library a special place for you? As part of our 50th anniversary celebration, we want to share your stories about the library! We invite you tell us what the library means to you by sharing your favorite library memory or experience. We may even feature your story in our weekly eNewsletter! Behind Every Great Community is a
Great Library

Click below to read a special message from Friends of the Miami-Dade Public Library President Chad Di Stefano. Sign up for Our Special Edition 50th Anniversary Library Card!

Sign up for our special, limited edition gold library card commemorating the Miami-Dade Public Library System's 50th anniversary! Get yours today at any library location.

You can also register for an eCard (electronic card) to get instant access to our collection. Click below to learn more about signing up for your library card.

Fifty Years and Beyond

History of the Miami-Dade Public Library System Through Photographs

Drawing on the Library’s vast collection of historical photographs, this virtual exhibit offers a visual history of the growth of the Miami-Dade Public Library System.

The following images from the Digital Collections highlight the Library's transformation into a key facilitator for education, advancement and community and offers a snapshot into the lives of Miami-Dade County residents over the  decades.

Promotional sign for the Lemon City Branch Library. Circa 1950.

Coconut Grove Library, opened in 1895, is the second oldest library in Miami. Photo circa 1950.

Miami Memorial Library was opened in 1951 in Bayfront Park and served as the Main Library until 1985. Photo circa 1970.

Former Assistant Director, Anne McCreary, inside her office at Miami Memorial Library. Circa 1960.

Immigrant Children from Cuba decorating a Christmas tree at Miami Memorial Library. Circa 1969.

Librarian with children at Allapattah Branch Library. Circa 1970.

The original Hispanic Branch opened in 1976 in Little Havana. Photo circa 1980.

Storytime at Hispanic Branch Library. Circa 1978.

The Artmobile at Lion Country Safari. Circa 1987.

The future Kendall Branch Library being built using "Decade of Progress" funds – a $553 million initiative that made possible many important local projects including the construction of 13 new libraries. Circa 1980.

Groundbreaking ceremony for the South Dade Regional Library. Circa 1980.

Architectural rendering of the new Main Library on the Miami-Dade Cultural Center Plaza. Circa 1980.

Aerial view of the construction of Miami-Dade Cultural Center Plaza. Circa 1980.

Balloons fly over the Miami-Dade Cultural Center Plaza, celebrating the grand opening of the new Main Library in 1985.

Patron at public access computer in Main Library. Circa 1985.

International Art of Storytelling festival at Main Library. Circa 2012.

Allapattah Branch Library was the first of many older locations to undergo extensive interior and exterior renovations. Circa 2018.

During the COVID-19 pandemic, Library staff distributed important state and federal relief applications for families in need. Circa 2020.

The newly-constructed Hialeah Gardens Branch Library is the newest library building in the system. February 2021. 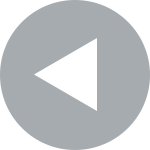 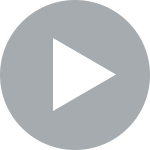 Timeline of the Library System

More than 50 years of serving the community

Read through a timeline of the library system, from its humble beginnings to the present, to see how library services in Miami-Dade County have evolved over time to meet the informational, educational and recreational needs of all our residents.

Explore a Timeline of the Library

Explore the history of a handful of our library locations and learn about their unique features.

Videos
A Visual Narrative of the Miami-Dade Public Library System

Exhibitions at the Library

Exhibitions at the Library

This exhibit showcases historical objects and printed materials from the Library's archival collections. Learn how library services and technology have changed over the decades as libraries in Miami have transformed from small community reading rooms to the Countywide system we have now.

Throughout all these changes, library workers have been consistent in providing reference services and information to patrons and have shown that libraries are essential to the community. Explore this exhibition featuring artifacts and other items of historical significance to the library system's history. A Virtual Exhibition in Commemoration of the Library’s 50th Anniversary

Edwin Villasmil invites us to dive into the magic of a good book, and escape to a fantastical place where we can find inspiration and learn about our planet and ways to save it. Eco-Art, or Ecological Art, is a contemporary form of environmental art that Edwin Villasmil uses as his super power to engage people to consider environmental issues. Villasmil has used his art as a path to communicate, to stimulate dialogue, to educate, and to contribute to social transformation.

He began his artistic career in theater and painting. Between 1965 and 1989, he studied at Universidad Pedagogica. In 1972, he moved to the United States and lived in New York and Washington, D.C., while studying graphic arts, sculpture, jazz and theater. In 1975, upon his return to Venezuela, he founded Espacios Culturales and became a teacher. In 1979, he undertook a trip for observations and study through Europe and North Africa. When he returned home, he moved from the city to the country, where he developed a series of environmental projects. In 1998, he received his Bachelors of Arts from the University Fermin Toro in Venezuela. In 2002, he participated in the Antoni Gaudi international festival in Barcelona, Spain. In recent years, he has investigated the relationship between art, society, and nature. During his career, he has been honored with important awards and acknowledgements, his art works are exhibited in museums, and are in private and public collections. In the past, he has been president of the Venezuelan Association of Artists of the Plastic Arts.

He is a member in good standing of the Asociacion Interncional de Artes Plasticas (UNESCO). Since 2004, he resides in Miami, FL. Be sure to check out our online calendar of events to keep up with all the great events happening at your library!

Be sure to check out our online calendar of events to keep up with all the great events happening at your library!

Let's celebrate the 50th anniversary of the Miami-Dade Public Library System with I love libraries stories, fun songs and more. Space is limited for this online event. Registration is required. Zoom link will be emailed to registrants within 24 hours of the event start time. All ages.

Online Event: Blast from the Past Storytime with Ms. KoKo
50th Anniversary Celebration

Join Ms. Koko for a blast from the past storytime in celebration of the Miami-Dade Public Library's 50th anniversary. Enjoy books and music from the '70s and maybe even a surprise! Space is limited for this online event. Registration is required. Zoom link will be emailed to registrants within 24 hours of the event start time. All ages.

In celebration of the Miami-Dade Public Library's 50th anniversary, join us for a story followed by an arts and craft project inspired by the book We Came to America by Faith Ringgold. Let's make a quilt that tells a story about our library experiences. Space is limited for this online event. Registration is required. Zoom link will be emailed to registrants within 24 hours of the event start time. Ages 6 - 12 yrs.